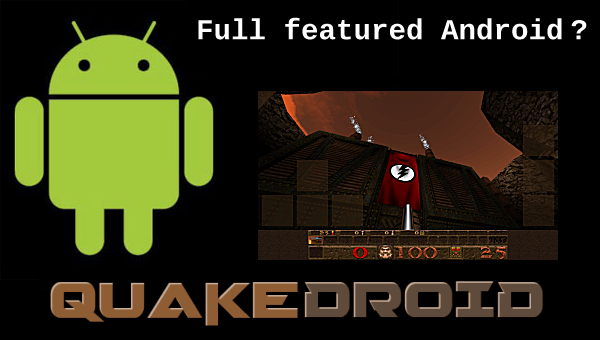 The Quake Adapter for Worldcraft 3.3

That's it. You will be fully and completely setup to the MAX immediately upon installation. The END. Start making a map.

Vista and Windows 7 users: You will probably need to disable UAC (instructions here) for Worldcraft 3.3 to compile maps due to Vista's very restrictive permissions on writing files.


The above 3 downloads, when installed, will have you immediately setup of with the most state-of-the-art and easiest map making tools for Quake. You can start it and beginning mapping immediately, there is NO setup required and you will equipped almost as completely as Kinn, who made the gigantic Marcher Fortress map in 2005.

The only things you need to know:

1. You will be using c:\program files\worldcraft as the installation folder. Sorry, non-negotiable = hardcoded.

2. Save any textures WADs (the file format Quake textures are stored in) to c:\program files\worldcraft\textures where they will be auto-converted to the format used by Worldcraft 3.3.

The Qconverge utility has a couple of limitations. It can't convert WADs with > 1024 textures or textures larger than 512 x 512. Those aren't common, you may never have the problem. But it can happen. If it does, that WAD won't be converted and you'll get a warning that it wasn't converted with enough detail to figure out what happened. Very infrequent, you might never get it.

Credits: Most of what the above package installs wasn't made by me, it was merely assembled by me with a big thanks to Ankh who helped me get setup on Worldcraft 3.3 with screenshots. I did make 4 utilities and a rather sophisticated install for the QuakeAdapter, but those are trivial compared to the contents:

About the above: the above includes the outstanding map compile tools made by aguirRe, Qconverge and an entity definition file made by CZG (the author of Insomnia and many other maps). It has a couple of .map files included that had liberal readme.txt (one from Trinca, one from Zwiffle) and some other miscellaneous things like Tyrann's Skippy.

One of the most enjoyable things you can do in Quake is a make a map. It is a great deal of fun, and while you are learning to make a map -- which isn't hard -- you get a great deal of insight into how the game works and how things work in other games.

Worldcraft 1.6a has historically been the most popular for making maps. It is very easy and has a great tutorial. But it also has a great deal of annoying limits. A week ago I explored using Worldcraft 3.3, a Half-Life editor, for making Quake maps. After making several adjustments, it is outstanding.

I spent a great deal of time making a totally configured setup completely reproduceable. Even though it has only been available for a short time, I've already had a few people -- including someone completely unexpected --- tell me this package was outstanding.

A map in Quake is pretty simple thing really:

1. You make the walls and structures. The "world". The unchanging physical part of the map.

3. You add health boxes, guns and if single player, monsters. These are basically point entities.


Of course, it's easier to play around and make a map than make a good map.


Some other fun stuff:

1. Quake Navigator: a set of bookmarks of most of the important resources in Quake.
2. My Quake Expo Booth for the 10th Anniversary of Quake.
3. QuakeOne.com Quake Expo Booth made by my bud Yellow No. 5 and he did a great job, especially considering it was done on Quake Expo's eve.

Due to the simplicity and the fact it has been ported to several platforms, the engine is a very good candidate for many types of total conversion games.